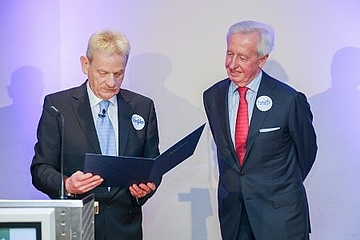 Dr Péter Horváth, Chairman of the Supervisory Board of the Management Consultancy Horváth & Partners, Managing Director of IPRI GmbH, Stuttgart, and Head of the ICV's Idea Workshop, was awarded an Honorary Membership by Siegfried Gänßlen, the Chairman of the ICV's Board of Managing Directors, during the 2013 General Assembly. Mr Gänßlen stated that “the man being honoured today has done more than just render outstanding services to the controlling profession, he is in fact considered to be one of its founders. He enjoys the highest national and international reputation within the academic community.” Péter Horváth has published more than 50 books and 400 articles.

From 1981 to 2005 he was Chairman of Controlling and General Business Administration at the University of Stuttgart. He was also a visiting professor in New York, Vienna, Sao Paulo and Shanghai. In 1996 he was awarded the State Teaching Award from the German State of Baden-Württemberg. In recognition of his academic accomplishments he has been awarded three honorary doctorates: in 2006, by Corvinus University, Budapest as well as by the European Business School in Oestrich-Winkel, and in 2011 by the University of West Hungary (the main campus of the University in Sopron, the birthplace of Prof. Horváth). 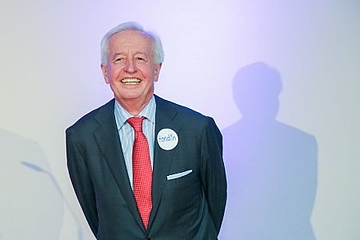 Apart from his numerous publications as well as his commitment to the ICV and the controlling profession in general, Siegfried Gänßlen also commented on the charitable cultural commitment of the honouree: “In particular, I would also like to draw your attention to the Péter Horváth Foundation, which awards the Green Controlling Prize annually at the CCS.” This prize, worth 10,000 euros, is awarded in recognition of an innovative and effective “green” controlling solution. In addition, Horváth serves as Chairman of the Economic Advisory Council at the Literature House of Stuttgart, and is also a member of the University Council of the Stuttgart Academy of Music.

Gänßlen concluded his laudatory speech by reminiscing about Horváth's 70th birthday party in 2007, when Horváth adeptly described the three phases in his life, saying that he had been