Controlling as we see it in the German speaking region was essentially shaped by Albrecht Deyhle and the ICV. Globally it tends to be perceived as a local model, which sooner or later subordinates itself to the American mainstream. From our point of view the ICV's sustainable controlling approach has proved its worth in practice. We firmly believe that our way is the right one. This is even more true now that the current world crisis has shifted the focus of attention to standards which we have already been using in business management. Both give sufficient reason to once again present the core elements of the ICV's sustainable controlling approach as a management concept as well as those core elements relating to the role of controllers:

We understand controlling as the management control process of defining, planning and then pursuing goals. It is a process whose full potential can only be realized if controllers and managers are collaborating closely. The key objective of our controlling philosophy is economic sustainability.

The aim of controlling is to increase the company's value in the long-term rather than to maximize profits in the short run. It is crucial to find the right balance between investments into new sources of future profits and current profitability. In our efforts to create value, we take all stakeholders into account.

Our controlling philosophy pursues an integrated approach to value creation. The WEG symbol (growth-development-profit) provides guidance here. We focus not only on costs, but also primarily on the market and the competition.

Dealing with symptoms is not enough

According to the ICV controlling must not stop at the surface of financial symptoms. Controlling has also to consider the underlying reasons for developments which all too often do not stem from financial causes. Thus effective controlling covers not only performance targets and KPIs, but also the business processes and measures that drive performance.

We believe that the aim of controlling as the management control process of setting, planning and pursuing objectives is corporate flexibility and agility, rather than avoiding deviations from current budgets. It is much more important to identify business opportunities early by consciously shaping a company's future and developing competitive advantages. Target-oriented controlling tools enable management to be informed better and faster. They can analyze the ever increasing complexity of conditions with greater care and higher accuracy. Thus, management becomes ready to take action in a shorter time.

Taking actions above all

Controlling tools should be as lean, simple and understandable as possible. Management and employees are supposed to understand the relevant performance metrics and tools in place and should be able to draw the right conclusions on their own. Controlling has to be focused on taking concrete actions rather than on the system itself. It must be about people working together effectively and not about stylish arrangement of figures.

We see the role of the controller or the controller's function in our controlling approach as one defined by being proactive and initiative. A Controller is a positive "busybody" who is tireless in identifying trends and possibilities for improvement. It requires, on the one hand, a profound knowledge of the market and business processes along the value chain. On the other hand, controllers have to adopt an independent position and hold their opinions. As a result, controllers take their share of responsibility for the company's success and for achieving objectives.

Business partner instead of a number cruncher

Controllers provide transparency. They make strategy, profits, financing and business processes more visible. As a result management is able to lead the company in a more predictable way. However, controlling according to the ICV goes beyond reporting and has a strong focus on putting the figures into use. It is crucial for controllers not to satisfy themselves with scorekeeping and number crunching. Controllers are supposed to be the business partner for management, providing business insights and support in decision making.

Seeing the people behind the numbers

Controllers have to see the people behind the numbers. Being liaison officer and network builder is what makes the controller's work effective. Apart from an open attitude towards people, our global environment requires inter-cultural awareness and readiness to act on an international scale.

Controllers are committed to the good of the company and not to particular interests. They must remain non-political in their actions. Only after achieving this neutrality, can controllers do justice to their joint responsibility for reaching objectives. An honest and open attitude of controllers establishes credibility oriented towards the company's values, which is of a higher priority than following the mainstream or prominent single interest.

Being a person of integrity

Controllers are the business conscience of the company. They display strength of character and assume the role of  a "spoil sport" in a positive manner. But they must not limit themselves to that role. Building on a solid foundation, they need to be open for new experiences and ready to learn. 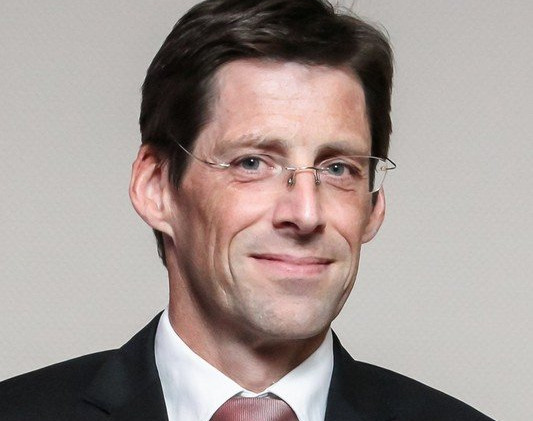 is from our Board member Dr. Heimo Losbichler. The image of the controller in our sustainable controlling-philosophy is in line with the controller’s mission statement of the International Group of Controlling (IGC).