Dr. Wolfgang Berger-Vogel has been honored with honorary membership at the ICV Annual General Meeting on April 24, 2016. Read extracts from the laudation of Prof. Dr. Heimo Losbichler, ICV Deputy Head of the Board and Chairman of the International Group of Controlling (IGC). 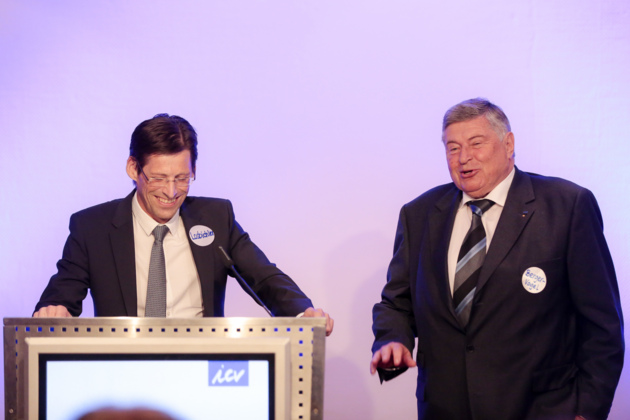 "... You have been a member of the ICV for 29 years (member 800), 12 years as a Board Member, 9 of them as Chairman. You are the longest-serving Chairman of the Board... At the same time, you have been the longest-serving Chairman of the IGC and now again for nine years in the Board of Trustees of the ICV. However, the duration of your 21-year-old function was not the reason for the honorary membership. Rather, it was the way you did these functions and the results of your work.

Under your presidency, the ICV developed into the largest controller association in Central Europe. The main development steps were:
- the internationalization of the ICV
- opening up the corporate membership
- establishment of the expert work groups
- successful positioning of controlling in the age of IFRS and Beyond Budgeting
In the IGC, the controller mission in the version of Parma 2002 and the controlling process model are, in my opinion, sustainable milestones.

Looking back, it is clear how much the current success of the ICV and the IGC is characterized by the course you set during your presidency. All the more respect your work deserves, considering that you exercised both functions (ICV and IGC chairmanship) next to your not very calm work as CFO in the Heineken Group.

These results were and are apparent to all. What remained hidden for many is the Chairman Wolfgang Berger-Vogel as a human being. Amazing how you have bypassed this double load. Never a complaint or bad mood, despite often difficult meetings on weekends. Never lost for some fun, often motivator for the cozy ending at the bar, even if the work week and meeting before were exhausting and the next day again very busy). Not only was the joy motivating with which you held the office, but also your other character traits.

You have always been modest despite your job position, you have never treated people from above. You are an excellent expert, who has a clear, factually founded opinion, stands with this backbone, without hurting the opposite. At the same time, you have always had an open mind and you have not cemented yourself in your position and have given other freedom even if you were not always completely convinced of their ideas. Especially when the limitation of honorary work was once again very strong noticeable and some have come into doubt, many have been able to build up on your passion for the controlling and the ICV and your optimism, because you have gave them a feeling of strength.

There is little to add.

Dear Wolfgang, thank you very much for your long-term commitment and your contributions to the ICV and the IGC."