This report outlines the motivations for the ICV Expert Work Group BI / Big Data and Controlling, newly established in 2016, which led to the launch of the ICV Digitalization Offensive in 2017. From the point of view of the members of the Expert Work Group, the scope and speed of the changes are underestimated - especially in and for controlling. The planned measures are also already named. 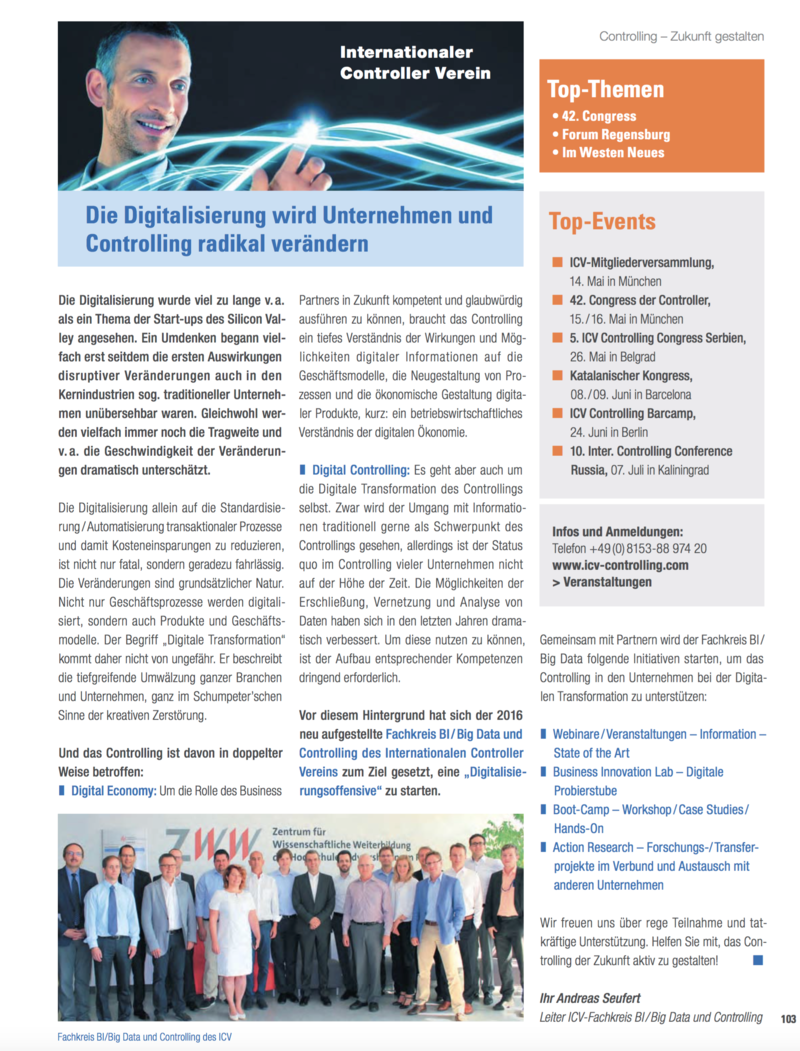