Wörthsee/Metaverse, November 24, 2022. The ICV Newcomer Award 2022 goes to Ayse Kötemen. The graduate of the University of Duisburg-Essen (Mercator School of Management) has worked out the central challenges for a successful implementation of predictive analytics applications in controlling.

The Vice-Charman of the ICV Board Matthias von Daacke handed over the Award virtually and in his laudation honored the extraordinary commitment of the Award winner: She used 193 high-quality observations for her empirical analysis.

The starting point of her work entitled “Use of Predictive Analytics in Controlling – An Empirical Analysis” was realizing that a number of projects in controlling in the field of predictive analytics (PA) fail, Kötemen reported in her presentation. Like the other two finalists she gave her speech as part of the ICV autumn conference CCS Controlling Competence Spaces. Kötemen emphasized that PA applications for controlling are a great opportunity to successfully process the increase in mass data due to big data and thus to enable improved, because data-driven, decision-making support for management. In her analysis, Ayse Kötemen got to the bottom of the reasons for the high degree of failure of these applications in controlling. According to her evaluation, the key challenges are insufficient data quality, a lack of know-how in the field of predictive analytics and a lack of support from top management. With these findings, Ayse Kötemen, who now works as Head of Finance & Procurement at the Rhein-Ruhr-Wupper Chemical and Veterinary Investigation Office, has created clear instructions for successful implementation of predictive analytics in controlling, Matthias von Daacke praised the ICV Newcomer Award 2022 winner for her theses that was supervised by Prof. Dr. Marc Eulerich.

Criteria for the ICV Newcomer Award? It has to be scientifically sound, relevant, feasible and exciting!

At the beginning of the Award ceremony, which took place online as part of the 20th CCS Controlling Competence Spaces, Christina Keindorf summarized what the Jury considered important when selecting the finalists in the competition. First of all, it is always about the scientific foundation, paired with a practical relevance of the question, according to the Head of Group Controlling at Deutsche Bahn. Just as important ae for the Award Jury, to which Keindorf belongs, are also the direct feasibility of the concepts developed and the degree of innovation of the theses. But that's not all. "Ultimately, it should also be exciting for you to come to today's controllers’ conference to be inspired by the topics of the ICV Newcomer Awards".

With this in mind, Christina Keindorf took over the laudatory speech for third-placed Frederick Thönig. He dedicated his master theses to the topic "Increasing efficiency in accounts receivable management using robotic process automation: A process analysis using the example of Reiss Kälte-Klima GmbH & Co. KG". With his theses, Thönig builds on the work of the ICV Expert Work Groups Working Capital Management and Robotic Process Automation (RPA). As part of an inductive approach, the graduate of the CBS International Business School in Mainz checked to what extent RPA automation as a software tool contributes to increasing efficiency in the financial sector. He was supervised by Prof. Dr. Mike Schulze. Christina Keindorf reported that the Jury was impressed by the high level of practical relevance of the theses: "Every controlling employee can directly conclude that there is a need for action and initiate implementation!" Today Frederick Thönig is a Commercial Director at Reiss Kälte-Klima GmbH & Co.KG.

The runner-up in the competition for the ICV Newcomer Award 2022 is Kea Wassermann from the Graduate School of the Nordakademie. As part of her master theses, she focused on controlling itself as an object to be examined and thus developed a completely new perspective. She investigated the extent to which human information behavior influences decision preparation and decision-making processes. During the comprehensive research for her qualitative-empirical study, Wassermann identified a number of cognitive distortions, for which she presents a concept of debiasing measures to overcome them. This includes, among other things, the “junior speaks first” idea: The person with the lowest status expresses their opinion first in meetings. Decision trees, which help to reduce complexity and formalize decision-making processes, are a directly implementable idea that Kea Wassermann presents in her work, along with a number of other tips and tricks. "Certainly we will read about it in one or the other journal!", ICV Managing Director Carmen Zillmer was pleased as a laudatory speaker about the successful mixture of theory and practical relevance of the work with the official title "Rationality assurance in controlling with special consideration of cognitive distortions and debiasing measures". The theses was supervised by Prof. Dr. Hanno Drews. Kea Wassermann now works as a Commercial Policy & Pricing Officer Health Systems at Philips GmbH Market DACH.

In addition to the ICV Controlling Excellence Award, the ICV Newcomer Award is the second renowned award that the ICV presents annually. It is sponsored by Haufe and the Haufe Academy. The prize, worth a total of 4,000 euros, is intended to promote young academics in controlling. It should also help to transfer innovative and practicable ideas from university to controlling practice and thus make them accessible to a broad group of controllers. 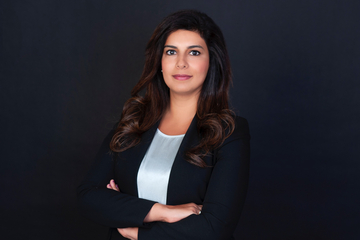 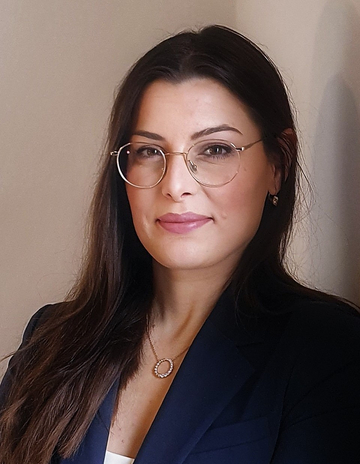 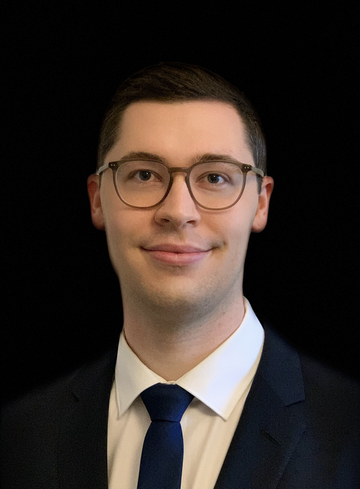